Quarantine Day 49. Today was pretty much a wash. More work on production testing and deployment. More work on parsing issues. I was so cooped up after work today that I had to go run. How far did I want to run? I wasn’t sure, but I wanted to go somewhere new.

I found it in Codornices Park.

Incidentally, my original destination was the Berkeley Rose Garden. I don’t go up there as often as I should, so that pushed it up the list of places to go (sadly, I’m kind of running out of places nearby to explore).

When I got there, I was surprised by how many people there were. I couldn’t remember the last time I saw it so crowded (other than as a meeting spot for a Sierra Club hike I joined years ago). I knew there was a reservoir on the other side of the street, so I went to take a look (I’ve never peeked through the fence surrounding it.)

As I ran around the reservoir, though, I realized that there was a park nearby that was much larger than I had expected. Codornices Park.

Later on in my Strava description, I labeled it a “mini-Tilden.” That’s because there were “real” trails in this park. I had a blast. I even ran into a running friend on the trails there!

As for the the Rose Garden, I ended up not going in. But I stayed for the sunset. 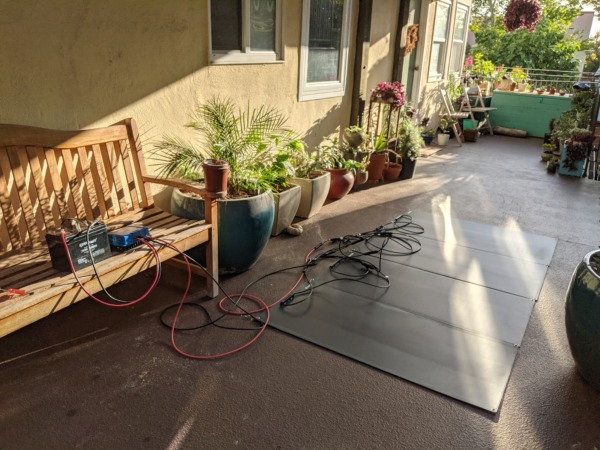