I ran this race two weeks ago. Since then, I asked myself to write something about the experience, before the memories fade.

But, after a dozen drafts (and questions about when I was going to write this), I wrote that I couldn’t really write anything at all.

In the end, these notes seem more about the trip and less about the mechanics of the race. But I guess this was supposed to be a run-cation all along…

Few people outside of Japan have heard of Kagoshima. Before this trip, I was only vaguely aware of this city myself.

When I registered for this race last September, I only had three criteria: (1) that it had to be somewhere in Japan I haven’t visited before; (2) that it happen 2 weeks after the Kyoto Marathon; and (3) that entry would be guaranteed.

Only two races in Japan met these criteria:
(1) the Lake Biwa Marathon (the oldest marathon in Japan, and 5th oldest in the world), and
(2) this one.

(It turns out I missed a third: the Shizuoka Marathon.)

Getting to Kagoshima by train was more fatiguing than expected. I got there after waiting hours for a late train at Miyazaki (due to high winds), and hours more traveling from Miyazaki on the eastern side of Kyushu (Island) to Kagoshima, the southern end of the line.

Once in Kagoshima, two things were obvious:

(1) they were really proud of their role in overthrowing the shogunate 150 years ago; and
(2) they drank a lot of shochu.

I’ll save the details for my another writeup (which I promise I’ll *eventually* publish somewhere). In short, these qualities actually carried over to the city’s marathon! I now have a shirt that reads “150 Years Meiji Restoration” in larger font than “Kagoshima Marathon 2018”. I also now have a bottle of “Kagoshima Marathon 2018”-edition imoshochu (a distilled sweet potato liquor)…

At the Kyoto Marathon (which was limited to 16000 runners), I was a bit disappointed that I didn’t really interact with any other runners because of the language barrier. This marathon was different.

A day before the marathon, I hopped on an official marathon tour bus. I wasn’t that excited about the tour (as the course was mostly just out-and-back), but I was curious who would be *on* the tour.

That tour was this marathon’s “gimmick” for foreign runners: if you paid an extra $100 for the tour (which included lunch and entry to a World Heritage site along the route), you could bypass the lottery and be guaranteed a spot. So I knew that everyone on the tour would be foreign.

As it turned out, I met a Asian-Canadian family and an older Taiwanese runner. Out of the remaining 10 or so runners, there were also a few Australians, and a couple from Hong Kong who were also running two marathons with two weeks in-between (with Kagoshima being their first, and New Taipei City Marathon their second). I was the only American.

After the tour, I re-connected with the Canadian runner and his family, and had dinner. Out of my Kagoshima Marathon experience, this was really a highlight!

I usually expect checking my stuff to go smoothly. It’s only gone “almost wrong” once (Seattle RnR Marathon 2017, when it was so far that it caused me and a friend to miss our wave), and “inconveniently wrong” once (Southern California Half 2018, when there *was* no bag check).

This time, there was a bag check deadline, set to half an hour before the get-into-your-starting-block deadline. I was in line for the restroom when it passed. I only realized such a deadline existed after asking one of the volunteers: “‘Bag check’ wa doko desu ka?”, seeing him mime to another volunteer, and hearing the bags had already left (replete with arms crossing into an “X” across the chest).

I only had my jacket to check (though in hindsight, it was really warm enough not to need a jacket), so I thought about leaving it outside somewhere to retrieve later (it is Japan, after all). I finally left it in a coin locker.

I didn’t appreciate how warm it could be in Kagoshima until I was there. Actually, until this trip, I didn’t really appreciate how far south Japan really is. Tokyo is just south of Las Vegas. Kagoshima is some 100 miles south of San Diego!

As it was, the day before the marathon, it poured. It was windy, it was cold, and no matter how hard you looked, you couldn’t see Sakurajima (the volcano just 15 minutes away by ferry) through the fog and cloud.

But on the day of the marathon, it was perfectly clear. And it was warm! By the time I got into my starting block, I was sweating without having taken a single step! I’ll have to work on tolerating heat for my summer races…

Answering the question “How did your marathons go?” over the past couple weeks has been… interesting. Usually the noun “marathon” is singular.

I’ve settled with summarizing them as “the first one went well, the second one didn’t go so well.”

Why didn’t this one go well? There’re many reasons I can think of. The heat, fatigue from my marathon two weeks prior, fatigue from two weeks of constant travel, the headwind, the rolling hills (accumulating 1600+ ft of vertical gain).

All of these certainly played a role. For this race, I distinctly remember the alarm ringing at four miles. Four miles! I hadn’t quite fallen apart, but I recognized my legs telling me that their batteries were low. The same signs that I usually encounter after some 13-16 miles at a sub-7 min/mile pace… before plunging toward a cramp or bonk past 18-20 miles. Everything about recovering too slowly over the past two weeks were on my mind…

But, perhaps my biggest failure was pressing on, and changing what this run was supposed to be. When I signed up for both marathons to bookend this trip, I was supposed to be happy with sub-3:30 finishes. “These are sightseeing runs,” I said. The goal, above all, was supposed to negative split.

But, after a pretty successful 3:08 run at Kyoto, I felt that I could’ve pushed harder. I paced my first half to 1:34:34, and I was able to complete the second in 1:33:41! (Side note: I don’t know why I suddenly thought I didn’t negative split when I read my Kyoto writeup a second time, when I in fact did negative split. Apparently I’m great at getting a math problem right the first time and wrong the second time.)

I thought I could do better in Kagoshima. This led me to aim for a 1:33 half. I hit it as planned. But even before I passed the cheering crowd hollering around the midpoint timing strip, I knew I was done. Keeping my average page below 7 minutes began feeling hard after 15K, and after the half, I was putting in a rather unenjoyable effort to keep my average under 7:20. I found myself just waiting for the next kilometer marker to appear.

Some time around 35km (21 miles), I finally started taking my foot off the gas. There were miles-long rolling hills until the finish, and I didn’t want my ailing legs to finally quit. The skies were clear, the sun was warm. The annoying crosswind started to feel refreshing again. And, though the band-aids I had put on my nipples I had fallen off, I was glad to find my nipples in good, non-bleeding shape. Hurrah!

As the kilometers finally wound down, I finally spent some quality time peering across the bay to admire Sakurajima, Kagoshima’s volcanic neighbor, which had decided to start pouring thick smoke. I spent some time looking down at the handful of people yelling and cheering on boats, in the bay.

After I finished, I could barely walk. I enjoyed the family event that I’ve found Japanese marathons to be, for a little while. I did some yoga on the grass.

Then I walked a mile back to the start line to pick up my jacket, before getting on a nine-hour train back to Tokyo.

I’ll be a volunteer pacer for the Oakland Marathon this coming Sunday! I’ll be helping fellow runners hit their 1:45 half-marathon goal. I really hope I can do a good job…

Starting this week, I’ll have 8 weeks of training. Then it looks like I’ll have 5 straight weekends of racing?!

This will be a fun training and racing season. 🙂 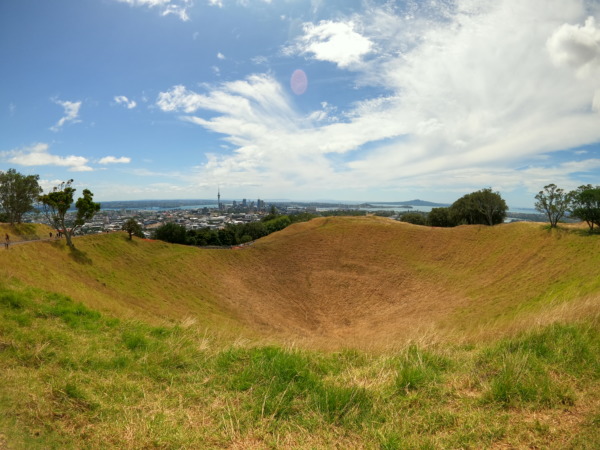