I mentioned in previous entries that I’m practically my data science team’s scrummaster. But, in actuality, there’s a process to being a “certified scrummaster” at my company. Getting certified involves taking a course, taking a test, then undergoing an observation by an Agile Coach.

I took that first step — taking the course — yesterday and today.

It’s pretty cool being able to take such a course. It’s definitely a benefit to working for a large company (the availability of in-house classes). In the past year, I’ve taken a couple of these: a soft skills class on being an “Exceptional Performer” (there’s an “Exceptional Manager” counterpart), and a technical class on Kubernetes. (I’ve been meaning to write about at least one of these.)

Few of these classes are ever virtual. But now that everything’s virtual, every not-cancelled class is now virtual.

I think, in this entry, I’m not going to delve into the content of the class. In short, it was everything I expected it to be: (1) an overview of Lean Principles and agile practices, (2) a review of the various “agile ceremonies”, (3) a demo of all our various internal project management tools, and (4) lots of Q & A.

What I am going to do here is complain.

The main complaint is, omg, the typing. Or rather, people not muting themselves while making incessant, highly distracting typing noises. In the beginning, people in the WebEx (yeah, we used WebEx, of all platforms), were polite. “People not talking, please mute yourself.”

Then it got personal. “<Name>, mute yourself when you’re typing!”

The presenter was clearly not terribly technical. I’m not familiar with presenting with WebEx. But with every other platform, the host can mute people making excessive noise, and by golly, with 25 people in the room, even 4-5 people unmuted would add unwanted noise (especially people watching outdoors or with kids in the room). Only at the end of two days did the host (and his assistant) figure out how to mute people, after ignoring distracting noises for most of two half-days.

Another thing: the presenter himself kept dropping. This mostly happened today (and not yesterday), for some reason. He’d freeze. I’d check my connection. Then people’d type into the chat: “I think <host> lost connection.” We would wait for minutes until the host came back, sometimes unaware that he had dropped. It all kind of sucked.

And one more thing: the group breakouts. I think the whole reason why the Agile Coaching team chose WebEx was for group breakouts. I like breakout sessions — and I think they’re critical for “soft skill” classes like this. The main issue with the breakouts yesterday, though, was the lack of time. Or rather, poor estimates of how much time groups needed to finish breakout tasks. So maybe about 5 minutes into a task requiring 10 minutes, a 30-second warning would pop up on our screens announcing that we’d all be forcibly pulled into the main room whether or not we were done.

It was a little better today, with the host joining each of the 5 breakout groups to check on our progress. But, with almost all of the breakout work yesterday, I felt like the damage was done. Oh well. My first virtual class of the year.

Other than the ScrumMaster training, I had yet another work-filled day yesterday. Compared with sister teams, my team is very small, with only 3 dedicated engineers and 2.5 data scientists.

I think the small size of our team is most evident during production deployments, which requires at least two hands on deck during the entire release sequence. 2 out of 5 is almost half our team!

Because the main changes in this patch were mine, I was the release manager. The deployment to staging went fine. But shit hit the fan as our automated integration test kept mysteriously failing. Finally, a colleague and I discovered that this failure was in fact an intermittent bug upstream.

I pushed an additional patch to semi-handle this bug, after which we finally pushed to prod. All this made the deployment process quite lengthy. I went to sleep late last night. I’m just glad everyone had the day off today (by order of our division’s leadership).

I wanted to run again yesterday and today. But I held off. I’ll need extra energy tomorrow. 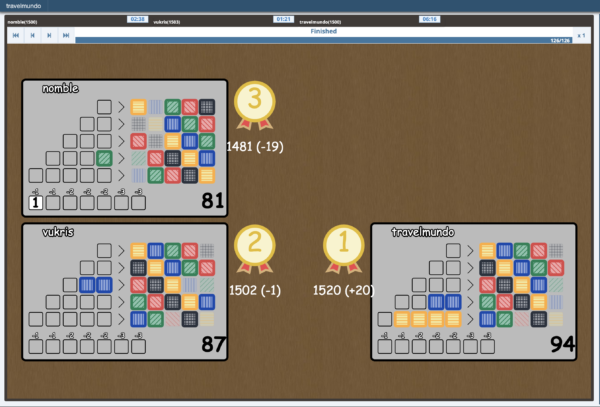