On this event: I heard that this fatass was happening only a few days ago. Given the brutal elevation profile and a minor sprained right ankle from Diablo this past Monday, I thought it’d be best for me to take time off this past week. Hence the lower-volume week.

Incidentally, I had already planned to run to Tramps from Berkeley, possibly as a one-way trip. The original plan was to run 20-ish commuter miles with pretty tough vert then at least the 10-mile inner loop with pretty brutal vert. If I were to run home, then it’d be a 50-mile day (unlikely) with way too much climbing 😆. So I was thrilled to hear that this was happening.

On the course: Well, the intended course was (1) a hub-and-spoke loop where we’d run counter-clockwise around the inner loop but take 3 out-and-backs, for a total of 20ish miles. Then (2) the same loop again but without the O&B’s, for about 12ish miles. Total intended vert was about 10Kish feet over 32ish miles.

But because the climbs were more rugged than we thought (and so were many of the descents!), we finished our first loop quite late. Then on the second loop, we decided to call it at 25 miles (with about 2.5 miles left to get to a spot where we could actually leave lol). So no one in my group actually finished the fatass as designed 😅

On my performance: I knew that this was really a fun/slow run, but I was curious how I’d hold up for a vert-heavy 50K. It’s been 5 months since my last 30+ mile trail run, and almost a year since my last 10K+ vert run.

Overall, I did better than expected, though quite probably because my group took it fairly easy (allowing me to keep RPE actually quite low + lots of recovery walking time).

I had some headaches/heat fatigue around noon. I felt hungry a few times. My left IT band and knee, and all of my toes, complained a bit during the second loop (after 22 miles, and about 8000ft of gain, I think). I also rolled both ankles a few times early on, haha.

But those issues all either passed or I was able to take care of them well enough or recovered fast enough to continue, even after the end of the first loop (the most obvious time to bail).

This makes me feel very optimistic about the Bryce Canyon 60K, where I *might* decide to take it easy (though I’m still very tempted to gun it).

Special thanks to: Chihping Fu for organizing and A/S support; Noe and Kris Barrios for the ride and infinite wisdom, and everyone I met today for (again) the great company and stories on the trail. I really don’t think I would’ve felt so good after this run without you all! 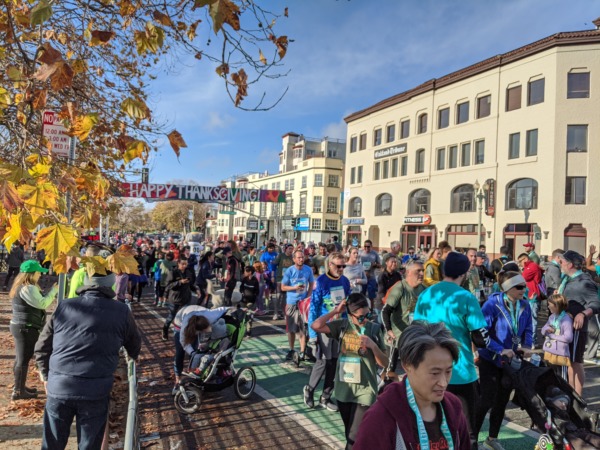